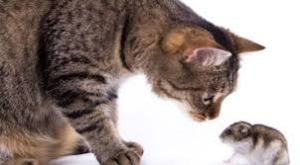 “All sorrows can be borne if you put them into a story or tell a story about them.” -Karen Blixen.

A psychoanalyst spends a lot of time talking to people and thinking about what makes them tick. According to the liner notes, Stephen Grosz has spent over 50,000 hours talking to patients. Even considering that “patients” are not necessarily representative of “people,” I’m thinking he has some insight into the human condition. Grosz practices in London, but he is an American, and before attending Oxford, he studied at UC Berkeley. 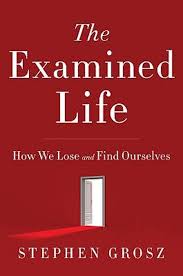 I found this book on a “best books” list and it sounded interesting. The cover quotes Andrew Solomon as dubbing it “impossible to put down.” I found that to be the case. At slightly over 200 pages, it is a quick and enjoyable read. Not as meaty as I had hoped, but there is still a lot in there. Some of the deep insight is not very deeply explored, so it goes almost unnoticed. Grosz fills his book with examples from cases. He sometimes explains how they illustrate a point, but he often lets these stories speak for themselves. Clues to their meaning are found in some of the chapter titles, like: “How paranoia can relieve suffering and prevent a catastrophe,” “On wanting the impossible,” “How a fear of loss can cause us to lose everything,” “Why we lurch from crisis to crisis,” or “How anger can keep us from sadness.” This book contains some juicy nuggets.

Psychoanalysis spends a lot of time looking for answers in the past, retracing a developmental history that might unlock the mysteries of an individual mind. Not all schools of therapy consider it fruitful to scrutinize the story of a life. But stories seem to be part of the way people think. In psychology, the humanities, and in linguistics, the “narrative function” has been getting a lot of attention. We apparently construct ourselves through personal stories that we tell ourselves, we organize our experience using story-telling, especially in dreams, and we tell ourselves stories to avoid painful truths, and to envision a bright tomorrow.   Grosz quotes Karen Blixen, “All sorrows can be borne if you put them into a story or tell a story about them.” So stories are powerful. But painful childhood episodes can resist our attempts to weave them into ordinary stores. Our stories may be distorted or blocked entirely from awareness, but the episodes are still there. Presumably a therapist can help people tell their stories, stop telling old (untrue) stories, or write a new story.

“When we cannot find a way of telling our story, our story tells us–we dream these stories, we develop symptoms, or we find ourselves acting in ways we don’t understand.” – p. 10

There’s a simplistic view of behavior that says it can all be explained by the pleasure principle; we seek pleasure and avoid pain. Which is true enough, but only part of the story. There is another view that says “Pain Is Good.” Which is also true enough, but only part of the story. Our pain is there for a reason. It’s trying to tell us something. We can learn from our pain.  But only if we allow ourselves to feel it. We have all sorts of ways to avoid emotional pain. We can block memories. We can block our feelings or deaden them with drugs and alcohol. We can distort our perspective. We can selectively ignore threatening thoughts and events. Grosz uses examples from his cases to describe some of the ways we avoid pain by telling ourselves lies.

“At one time or another, we all try to silence painful emotions. But when we succeed in feeling nothing we lose the only means we have of knowing what hurts us, and why.” – p. 27

I have this idea that a lot of people spend their time in therapy talking about their love lives. Seems like a lot of money to pay someone to fill a role that might otherwise belong to a trusted friend. Since my love life is barren as the Sahara, I was afraid I would spend my therapy hours talking about squabbles with my friends. But sometimes relationships, whether with lovers or friends, can be the place we need to focus. Relating honestly and openly with people can be difficult. Some of us have a problem with intimacy. Some of us are drawn to situations that don’t work. Sometimes some of us are even drawn to situations because they don’t work. When I was very young and first discovering love, I had some setbacks. I came to know the meaning of unrequited love. When I wasn’t hung up on someone in particular, I yearned for imaginary bliss through a hypothetical love of my life. I grew familiar with lovesickness. Grosz uses case histories to talk about love. He talks about substituting sex for love. He talks about the fantastic fantasies of infatuation, and the potential difficulty of embracing the real thing, of moving into a deeper and more permanent form of love. He reminds us that the longing for intense closeness that comes with being lovesick can be a regression to childhood craving for a mother’s affection. He says we are susceptible when we experience loss or despair. Our longing may have nothing to do with our current love object. Our fantasies are not being compared with reality. Maybe that particular relationship is not there to fill a need or desire in the way we have envisioned it. I can tell from my own experience that it is not good to get stuck in lovesickness.

“And while loneliness can be useful–motivating us to meet someone new, for example–a fear of loneliness can work like a trap, ensnaring us in heartsick feelings for a very long time. At its worst, lovesickness becomes a habit of mind, a way of thinking about ther world that is not altogether dissimilar to paranoia.” p. 111.

Can people ever really change?  Not everyone who tries to change does. But some do. Psychoanalysis uses a premise that we can move toward change by becoming aware of what we are actually doing, and why we do it. The examples in this book illustrate this premise. If we want to change, we might need to shake things up a bit. 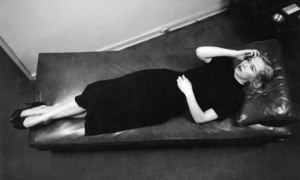