Tax deadline is past and I now have time to write something on my blog. 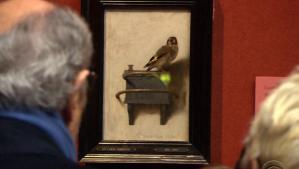 . . . yeah!  I read Donna Tartt’s 2013 novel, The Goldfinch, in the fleeting late night hours of April. My sincere apologies to the Washington Post reviewer who lamented this book getting the Pulitzer prize, but I thought it was great. Long, but great. I like the style of the prose and the story was engaging, though not of comparable stature to The Interestings.

Spoiler alert, the following quote is from the last paragraph of the book.

“. . . I feel I have something very serious and urgent to say to you . . . That life—whatever else it is—is short. That fate is cruel but maybe not random. That Nature (meaning Death) always wins but that doesn’t mean we have to bow and grovel to it. That maybe even if we’re not always so glad to be here, it’s our task to immerse ourselves anyway: wade straight through it, right through the cesspool, while keeping eyes and hearts open. And in the midst of our dying, as we rise from the organic and sink back ignominiously into the organic, it is a glory and a privilege to love what Death doesn’t touch. For if disaster and oblivion have followed this painting down through time—so too has love. . . . And I add my own love to the history of people who have loved beautiful things, and looked out for them, and pulled them from the fire, and sought them when they were lost, and tried to preserve them and save them while passing them along literally from hand to hand, singing out brilliantly from the wreck of time to the next generation of lovers, and the next.” – p. 771